Since it began offering the IELTS test in 2005, GV Calgary has constantly expanded its IELTS course options. We offer three full-time levels, as well as part-time, private lesson and online course options. Here are some success stories, and their own words, from some of the many of our very successful students.

Graciele and Alex Rispoli  are from Brazil and both took IELTS Prep recently. Graciele is now studying Hospitality Management at SAIT. Alex says, “We only have good memories of GV Calgary. It was really worth it. During this year you helped our family so much, My wife could learn English from the basic to college level and was accepted into SAIT. I got prepared for IELTS, where I got my score of seven as intended. It was a wonderful year we had together. As Graciele said,  “I am going to miss them!” 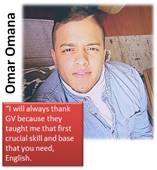 Omar Omana is from Venezuela  where he was studying Mechanical Engineering. He moved to Canada three years ago “ with zero English”, he says. After leaving GV, he went on to study at SAIT and recently has graduated from the Mechanical Engineering Program there. At GV Calgary’s May Graduation, Omar received the “Alumni of the Month” Award and gave a great motivational speech.

Learn English with us ... 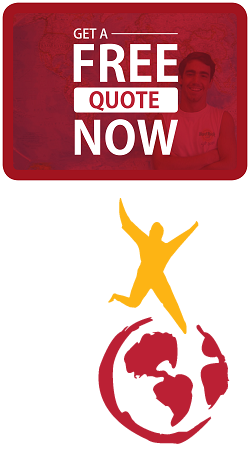 Certified, professional instructors for you.